If you stop at the Lucerne Inn (midway between Brewer and Ellsworth) you will get a very fine view of 859-acre Phillips Lake (especially during the leaf-off months). Originally called Fitts Pond, the lake’s current name comes from the family who founded and ran the original incarnation of the inn, Nathan Phillips and his brother or son John L. Phillips.

With a maximum depth of 98 feet, Phillips Lake ranks 84th by depth among Maine lakes; it is one-third as deep as Maine’s deepest lake, Sebago. The overall average Secchi depth is 8.2 meters, well towards the oligotrophic end of the transparency spectrum for lakes in our state.

The lake has two major outlets: Mill Stream in the northern end of the lake which connects to Alamoosook Lake, and a second outlet at the southwestern end of the lake, Mann Brook, which flows into Green Lake. In 2014, Phillips Lake was listed on Maine DEP’s Nonpoint Source Priority Watersheds List due to heavy development pressure in the watershed.

Steve Underwood has produced a great drone video of this lake. (Click Show More to view.) 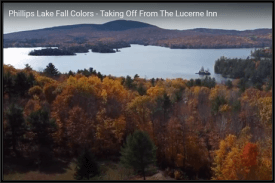 (For drone videos of other Maine lakes, go HERE.)

Fishery: On Aug. 18, 1942, Gerald Cooper and John Fuller sampled Phillips Lake as part of their survey of Maine lakes. They noted that it was an “excellent trout or salmon water”. At that time, smallmouth bass had already been introduced - and this lake still supports a “pretty good smallmouth bass fishery”. According to IF&W, “anadromous alewives swim up the fishway in the outlet dam each spring. Although the magnitude of this run fluctuates considerably, it seems that diminished runs have been the rule recently, probably the result of numerous beaver dams on the lengthy outlet. An increase in smelt abundance has occurred coincident with the general decline in the number of alewives accessing the lake. This scenario has been observed over the years at a number of Downeast coastal lakes”. 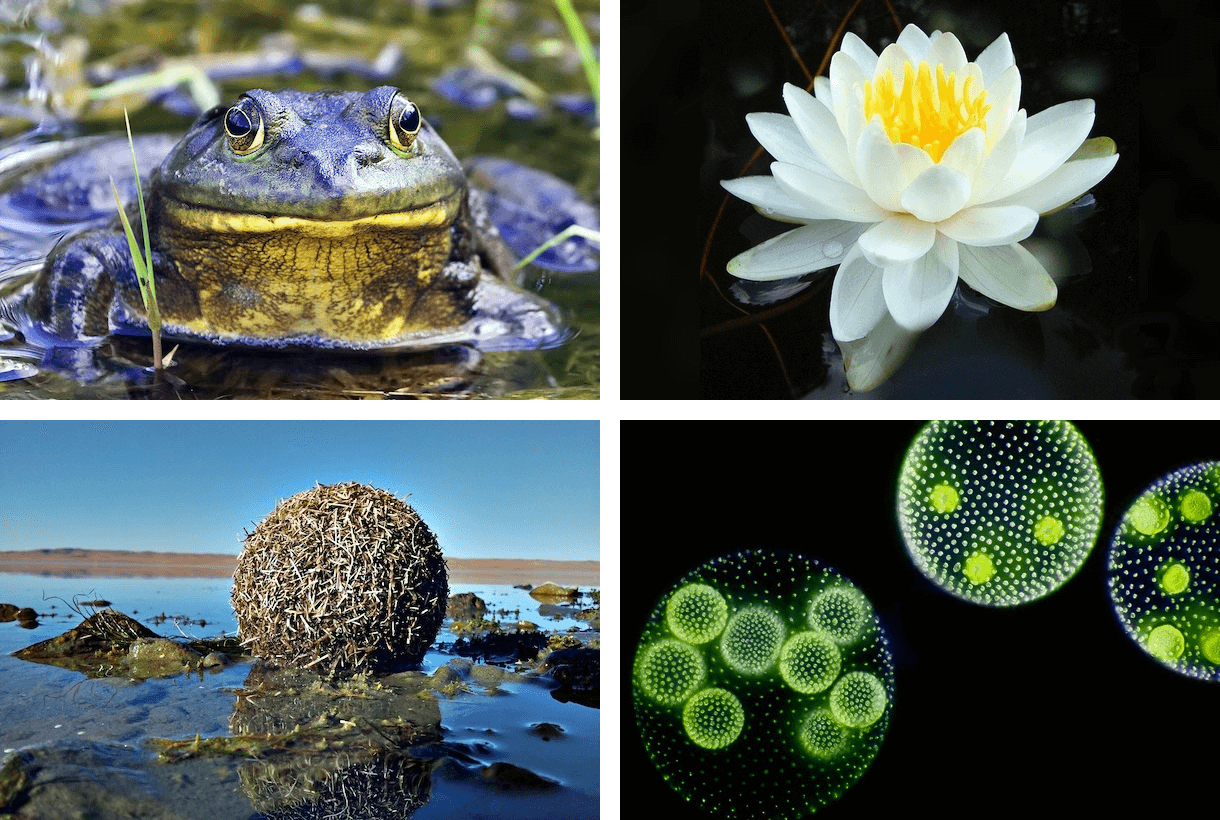 Every lake in Maine is a place of wonder & discovery!

These are a few of the more than 150 examples of flora, fauna and lake phenomena that you can find in Lake Stewards of Maine's (LSM) newly released Maine Field Guide. Stunning photos illustrate each item. The Guide also includes descriptions of attributes such as identifying characteristics, habitat, biology & ecology.

This is a crowd-sourced compendium! LSM encourages users of the Guide to further expand this resource by contributing additional items and observations.

Dive into this catalog and experience some of the wonders of Maine lakes!

The Guide is available as a mobile app and also as an on-line catalog.

A half-century that has seen thousands of volunteers collecting data from over 1000 Maine lakes!

Over the past 5 decades, volunteers & others throughout Maine have produced an incredibly rich lakes data set - including more than 138,000 Secchi disk measurements, over 44,000 temperature-dissolved oxygen profiles, and many other measurements on lake chemistry & biology.

Listen to 3 lake scientists, each with several decades of experience working with Maine lakes, as they share their thoughts on the conservation & management of our lakes, the role of LSM, and the many dedicated citizen scientists who have contributed so much to an understanding of these ecosystems. Click the Show More button below for links to videos.

Matt Scott (click for video) is an aquatic biologist, a founder of ME DEP’s Lakes Program as well as of VLMP, former deputy commissioner of IF&W and Master Maine Guide. Matt shares his insights on the origins of VLMP and his recollections of many of the people involved with the lakes of our state over the years.

Dave Courtemanch (click for video) is a freshwater scientist at The Nature Conservancy and is a former director of DEP’s Division of Environmental Assessment. Dave underscores the value of long-term data - a resource made possible by LSM/VLMP volunteers monitoring Maine lakes.

Steve Norton (click for video) is Professor Emeritus in the School of Earth & Climate Sciences, University of Maine. Steve pays tribute to LSM/VLMP volunteers and explains some of the ways in which the lakes database is being used to help manage and protect this part of our natural heritage.

Also, Scott Williams (LSM Executive Director) has produced a short article about the early years of VLMP and the treasure trove of Secchi data produced by volunteers.

Visit Lake Stewards of Maine's web site for the latest news and information. 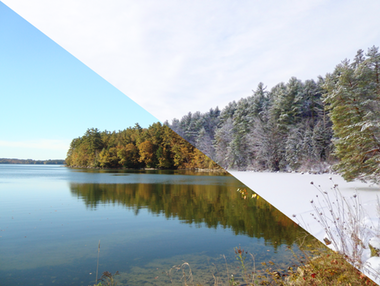 Click here to view current water quality conditions on a representative sample of Maine lakes during summer, or view which lakes have experienced ice-cover in the fall and ice-out in the spring.

The majority of data on lakesofmaine.org comes from certified volunteer citizen scientists. If you are interested in finding a monitoring opportunity, please visit Lake Stewards of Maine or contact our office at 207-783-7733. Email is [email protected] 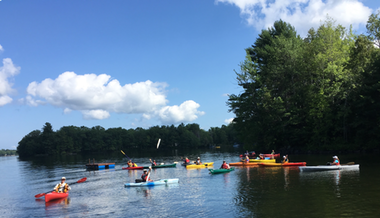 Lakes of Maine is a product of

...and many volunteers, lake associations, and other organizations.